Starting a new family entertainment center business, indoor party center or other amusement attraction requires some homework. You have a great idea, it appears that idea is needed in your area, but to clearly determine your local market opportunity and the potential of your project idea's profitability, the first step is looking at the local demographics.

The study and understanding of the demographic make-up of your market opportunity can be a complex one. However, prior to really digging into the specific data, and spending volumes of time there, you can do some quick, general rule-of-thumb projections to at least get a start and some degree of initial confidence, that yes this is an idea that could work.

The first step in analyzing the market population is by age and household - and local drive-times. It is widely accepted that the average distance people will travel within a primary market area in order to take their children to a family fun center is 15-20 minutes maximum. There are of course exceptions to this rule, for example, as you get out in to less densely populated rural areas where people are already accustom to 45 - 60 minute drives to get to the county retail corridor.

This 'drive-time' guide also brings up another interesting point, which is the real market area. In many cases new amusement attraction developers will sit down with a 3-5-10 mile radius map and determine that everyone within this map is a target customer. And again, as a starting point in first

determining your demogrpahics this may be acceptable, however is most likely not 100% accurate.

What we find based on drive-times is that people in the north may be able to travel an existing retail corridor for work, shopping, etc., only taking 15 minutes to get from 10 miles out into town. However, those 10 miles to the east and southeast seldom travel that way because traffic is always a mess, there are bridges or other percieved and/or natural barriers and it can take them upwards of 30 minutes to travel the same distance. So, rather than a nice 3-5-10 mile radius map, your map ideally looks like a pinwheel.

So, how many households and people are there in the targeted categories for the project that are within a 15-20 minute drive time. For example, if the project is a Childrens Entertainment Center (CEC's), targeting parents with children from infant to 12 years old, how many families with children in that age range are there with how many children?

Typically, this information can be researched at the local Chamber of Commerce, or Community Business Office. It may also be found on line at your City/State's web site, or at the Federal Government's Statistical web page USA Gov Statistics

You may also seek more focused data from the targeted schools within your 15-20 minute drive times by calling and asking for enrollment statistics from these schools. Explain to them that you are looking to create a "family-friendly" community fun center and request this data to help build your business plan.

Once you have this base set of data collected, your next task is to pull some basic financial projections off these numbers. We know how many children there are within a 15-20 minute drive time, now how can we find out what that equates to in gross revenue potential?

Latest data collected by IAAPA indicates that on average, North American families will visit a full-featured family amusement center 3.2 - 4.6 times per year. The same data also indicates that the average dollar spent in a family fun center is between $12 - $22 per visit, depending on your activity mix.

If your project plan is to build a Children's Entertainment Center (CEC) you should get in the habit of presenting your idea as family friendly. In many instances, the general population connects Arcades with Family Entertainment Centers, or Fun Centers, and thus the possible negative image of teenagers hanging around their communities. We have run into this problem on more than one occasion. Great locations have been found and community hearings have taken place to get the appropriate use permission with the local neighbors and businesses. Many people come to these hearings to express their concerns about you bringing an Arcade into their neighborhood. Very tough battles have been fought to change the negative impressions in the communities mind regarding a family fun center, and in some cases communities have been able to get city council to deny the use permits. Whether seeking permit permission to build a CEC or FEC, you should position your project as having a large degree of community value. You can do this by including some amount of educational and developmental content or programming, (classes, local community use plans, etc) and by clearly identifying who your target market is and how you expect them to use your facility.

From running this initial formula; Number of children within your target age group x number of visits per year x average dollar per visit, you should get an initial sense of whether this idea is feasible and at what potential. If after running through this exercise you determine there is revenue potential that could be worthy of your time and financial investment, it is time to move on to a full Feasibility Study.

This article is not able to discuss all of the above in detail. However, lets look at the next step in a full analysis of the market area's population.

To accurately move from the 'rule-of-thumb' formula above to a completed feasibility study, you need to consider a number of other important factors. Income and education have a dramatic impact on frequency of visits and per capita spending. Using the same illustration, two different populations of 20,000 families with 16,000 children ages 2 to 12 will not be the same and their spending habits and potentials will be very different.

Information from the U.S. Bureau of Labor Statistics Consumer Expenditure Survey (CES), based on data from 10,000 households reveals a difference in annual entertainment spending based on income. The survey includes a category for 'entertainment fees and admissions' that includes theme parks, FECs, zoos, etc.

Accordingly, determining potential revenues for a project requires a complex analysis. Any two populations with the same population, or even with the identical number of target households, will have very different out-of-home spending potentials. Not all populations are created equal when it comes to out-of-home entertainment spending. Understanding these differences and targeting a niche market population with a focused activity mix is a critical factor for success with community-based entertainment facilities. 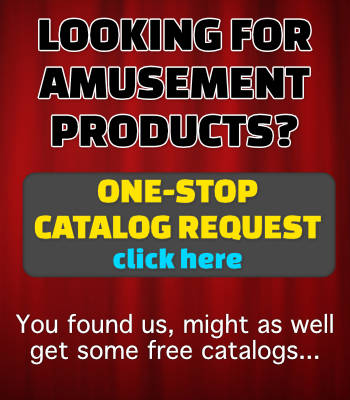 Part of the FEC Network

First online with a single website "fecnetwork.com" in 1999, the FEC Network was incorporated 3 years later in 2002. As we continue to grow, we have added other domains and websites to meet the changing amusement landscape, the diversity of our visitors and the services we provide. Thanks for visiting our site(s)... I hope we can add some value to your business venture.